Hailed for her “magnetic, wide-ranging tone” and her “rock solid technique” (Philadelphia Inquirer), violist Ayane Kozasa enjoys a career that spans a broad spectrum of musical personas. A violinist turned violist, she was inspired to dedicate herself to the alto clef when she discovered the beauty of playing the viola part in string quartets during her undergraduate studies at the Cleveland Institute of Music. Her commitment to pursue a life in viola led to a graduate degree from the Curtis Institute of Music as well as a Further Masters Degree from the esteemed Kronberg Academy Masters School in Germany.

Ayane’s solo career took off when she won the 2011 Primrose International Viola Competition, where she also captured awards for best chamber music and commissioned work performances. Following the competition, she joined the Astral Artists roster, and became a grant recipient from the S&R Foundation, an organization recognizing and supporting young, aspiring artists of all mediums. Her international solo opportunities have been a platform to unearth seldom heard works and commission new pieces, an aspect of viola playing that she loves. Most recently, she commissioned a work by Brooklyn composer Paul Wiancko for viola and piano, which she premiered at the Philadelphia Chamber Music Society with pianist Amy Yang.

Chamber music has also been a vital part of Ayane’s musical career, and her interests have led her to appearances at numerous festivals including the Marlboro Music Festival, the Caramoor Center for Music and the Arts, the Methow Valley Chamber Music Festival, and the Ravinia Festival. She is a founding member of the Aizuri Quartet, the 2014-16 Quartet-in-Residence at the Curtis Institute of Music, and prizewinner of the 2015 London Wigmore Hall International String Quartet Competition. They will also be the 2017-18 Quartet-in-Residence at the Metropolitan Museum of Art. The quartet has proved to be a multi-faceted group, commissioning and touring works by world-renowned composers such as Caroline Shaw, Yevgeniy Sharlat, Paul Wiancko, and Gabriella Smith.

Ayane is deeply grateful for the mentorship she received from her past teachers, Nobuko Imai, Kirsten Docter, Roberto Diaz, Misha Amory, Michael Tree, and William Preucil. Outside of music, she loves to bake pastries, create fonts, run long distances, and be surrounded by mountains or the ocean–all interests that fuel her musical creativity. 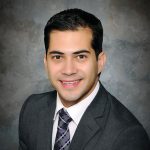 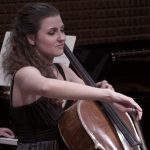