Born in Paris, France, François Minaux studied music at the Paul Ducas Municipal Conservatory in Paris and hold degrees from the Yale School of Music (M.M.) and from the University of Texas at Austin (D.M.A).

François Minaux specializes in performing and recording free improvisation classical contemporary music in projects based on world events, modern psychology, and socio-political issues. He and his partner Laura Brackney are founders of Leaf Chimes, created in 2016, a free improvisation project based in Austin. Ongoing collaboration and experimentation with choreographers, painters, actors, composers, videographers, writers, journalists, ethnomusicologists, and audiences have led him to create multi-media performances. He has performed at contemporary music festivals such as the Fast Forward New Music Festival, the New Music Coop, and at the 798 Art District in Beijing, China. He performed with Michelle Schumann, line upon line percussion, SO Percussion, and the Aeolus Quartet among others. As a soloist, Dr. Minaux has performed with the Dallas Wind Symphony, the Laredo Philharmonic, and with Ensemble Vibrations in Europe and in the United States of America. François Minaux is Principal Flute with the CMI Chamber Orchestra.

François Minaux is the owner and operator of Wired Flutes, a music studio dedicated to teaching flute lessons and providing professional studio recording to its students in Austin, TX. In addition to teaching flutists in schools in the Austin area school districts, Dr. Minaux is a chamber music coach at the Austin Chamber Music Center.

François Minaux can be heard in “Daniel Carr: Works Volume 2 – Flute and Piano” released by MSR Classics-Discover label. The album is available on Amazon.com. 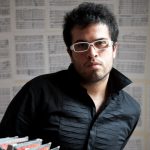 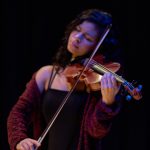