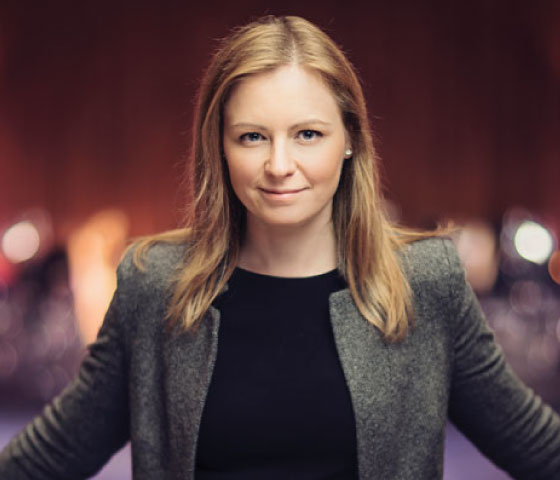 Sought after for her insightful interpretations and dynamic presence, New Zealand-born conductor Gemma New is Music Director for the Hamilton Philharmonic Orchestra in Ontario, Canada and Resident Conductor for the St. Louis Symphony Orchestra.

In the 2017-18 Season, New enjoys guest engagements with the Royal Scottish National Orchestra, Helsingborg Symphony, Filharmonia Szczecin and Orchestre de Chambre de Lausanne in Europe, the CMI Chamber Orchestra (formerly the Chamber Orchestra of San Antonio), and the Omaha, Albany and Berkeley Symphonies in the USA, as well as several orchestras in her home country, New Zealand.

Through creative programming and electric performances, New is committed to growing the artistic reach of the Hamilton Philharmonic Orchestra. In her first concert as Music Director, she launched a new Family Concert series, which merged the wonder of music, science, and Canadian culture through the combination of multimedia presentations and 21st century music. In the 2017-18 Season, New explores a wide range of fresh repertoire with the HPO, introduces Hamilton audiences to international soloists, and highlights local theatrical and choral talent. Through her leadership and collaboration with artistic staff, New brings interdisciplinary orchestral performances to the mainstage and in outreach programming across the region.

A former Dudamel Conducting Fellow with the Los Angeles Philharmonic, New has led youth, school, and community programs with the LA Phil, and assisted Music Director Gustavo Dudamel, Conductor Laureate Esa-Pekka Salonen and other guest conductors. Additional significant experiences include a David A. Karetsky Conducting Fellowship at the American Academy of Conducting at the Aspen Music Festival, selection for the Tanglewood Conducting Seminar, and an Ansbacher Fellowship, during which she was selected by members of the Vienna Philharmonic to take up residence at the Salzburg Music Festival. New has also resided in Leipzig, Germany as a Felix Mendelssohn-Bartholdy Fellow, where she studied Mendelssohn’s music with Kurt Masur and led the Leipziger Symphonieorchester in the historic Lindensaal of Markkleeberg.

Holding a strong interest in contemporary music, New made her Carnegie Hall conducting debut in 2013 when she led works by John Adams and Andrew Norman on the American Soundscapes series. In 2010 she founded the Lunar Ensemble, a nine-member contemporary music ensemble that ran for six seasons, and toured around the USA. New has conducted several contemporary operas, as well as assisted operas by Mozart, Verdi, and Ravel. With the LA Phil, she has assisted for semi-staged productions of Cavalleria Rusticana, Pagliacci, and Beethoven’s Missa Solemnis. This past season, New led a Wagner/Arnauld arrangement of Tristan und Isolde with the Chamber Orchestra of San Antonio.

New holds a Master of Music degree in orchestral conducting from the Peabody Institute in Baltimore, where she studied with Gustav Meier and Markand Thakar. She graduated from the University of Canterbury, New Zealand with a Bachelor of Music (Honors) in violin performance. 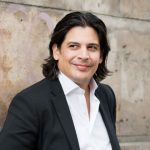 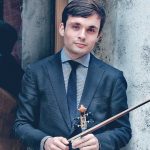