In 2011, he was chosen as the first prize winner of the New York Percussive Arts Society Snare Drum Competition, in which he composed and performed his own solo work. He has performed ensemble and solo works for the Percussive Arts Society International Convention and the New York PAS Day of Percussion. His symphonic performance credits include performances with the National Symphony Orchestra, San Antonio Symphony, Chamber Orchestra of San Antonio, Chicago Civic Orchestra, and New World Symphony.

In addition to his extensive performing activity in the Washington area, Gonzalez is privileged to be involved with the recently formed Chamber Orchestra of San Antonio (now the CMI Chamber Orchestra), in his hometown; a passion project where he is both the principal percussionist and guest conductor. 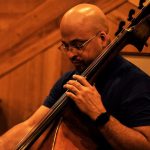 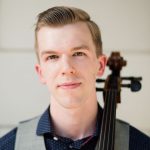