[/vc_column_text][/vc_column][vc_column width=”1/2″ css=”.vc_custom_1503009434269{padding-top: 0px !important;}”][mk_image src=”https://www.chamberorchestrasa.org/wp-content/uploads/2017/09/cmi_melanie_matcek_560x480_low.jpg” image_size=”full” align=”center” el_class=”employee-main-image”][/vc_column][/mk_page_section][vc_row][vc_column width=”1/2″][vc_column_text css=”.vc_custom_1519399433255{margin-bottom: 0px !important;}”]Melanie Matcek is honored to serve as Executive Director for Classical Music Institute. Previously, she served as Board Secretary/Board Member for the organization since it’s inaugural debut in 2010. She is impassioned by the need for arts education in the community and feels music is such an important part of individual development for children, as well as adults. “Growing up, I was fortunate to have parents that introduced me to music, poetry and art. We did not have access to attend many performances, but they provided and inspired us to appreciate and love the arts at home. We had an old upright piano that I began playing by ear as a child.” “I am now driven and elated to further arts & music education through Classical Music Institute.” “We are creating not only the next generation of artists, but also future patrons and supporters of all the arts.”

Melanie Matcek is a San Antonio native, and the only Certified Matchmaker and Relationship Coach for singles in San Antonio and South Texas. Describing herself as a “business-minded romantic”, Melanie coupled her background in the security industry with her desire to help people find happiness and fulfillment in their lives and formed Innovative Encounters, LLC in March, 2007. She earned her Certification in Matchmaking in April, 2007 at the Matchmaking Institute in New York, and opened for business as Heart and Soul-Mates in May, 2008. After seeing a necessity to further assist the individuals she works with, Melanie studied and became a Relationship Coach for Singles. This enhancement to her business was a smart coupling, creating a full spectrum of tools and information to offer singles.

A dedicated mother of two sons, and an entrepreneur with a vision; Melanie Matcek’s commitment to service in the community is outstanding as well.

For many years she has been an active volunteer for the Greater San Antonio Tourism Council, North Chamber Golf Tournament Committee and has organized a singles event for the Habitat for Humanity- “Grab a Hammer and Show Some Heart”. She was nominated and also a finalist in 2009 for the North Chamber Small Business Leaders Award. 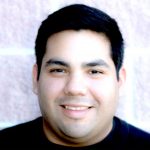