Paul M. Montalvo, born and raised in San Antonio, has worked as a firefighter for the City of San Antonio for over 15 years. He owes his love for classical music to his parents who introduced him to piano lessons at a young age. From that gift grew his strong desire to pursue the study of music in his mid-twenties.

Paul Received a Bachelor of Arts Degree in Music Composition from The University of Texas at San Antonio where he studied composition with Dr. James Balentine and Dr. David Heuser, with an Emphasis in Piano from Dr. Elisenda Fabregas. During and following the completion of his degree Paul studied conducting with Mr. Wayne Wyman and participated in Conducting Workshops in the Czech Republic, Miami, and San Francisco. His instructors included Mr. Larry Rachleff, Mr. Kirk Trevor, Mr. Johannes Schlaefli, and Mr. Tsung Yeh.

Paul continues to fervently study classical music, with a concentration in conducting. As a co-founder, Board Member, and the Artistic Director for COSA, Paul is eager to serve the community and help present classical music to a wider audience through education and performance. 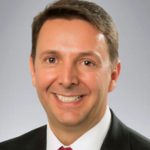 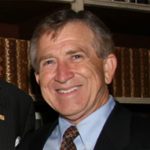